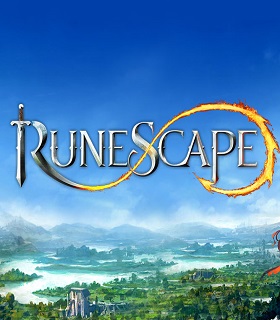 RuneScape, sometimes referred to as RuneScape 3, is a fantasy massively multiplayer online role-playing game (MMORPG) developed and published by Jagex, first released in January 2001. RuneScape was originally a browser game built with the Java programming language, but was largely replaced by a standalone C++-coded client in 2016. The game has had over 200 million accounts created and is recognised by the Guinness World Records as the world's largest and most-updated free MMORPG.

RuneScape takes place in the world of Gielinor, a medieval fantasy realm divided into different kingdoms, regions, and cities. Players can travel throughout Gielinor via a number of methods including on foot, magical spells, or charter ships. Each region offers different types of monsters, resources, and quests to challenge players. The game's fictional universe has also been explored through a tie-in video game on another of its maker's websites, FunOrb, Armies of Gielinor, and the novels Betrayal at Falador, Return to Canifis, and Legacy of Blood.

IGFANS always considered customers interests. We provide cheap price, safe payment, legit refund policy, and best online support for you.  We got Cheap RS7 Gold, RuneScape 3 Gold on every server. And more importantly, our inventory is always satisfyingly-full and our suppliers are really reliable.