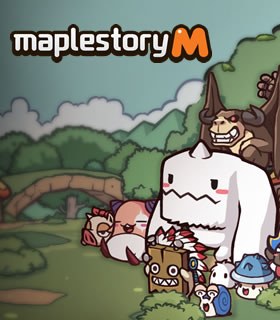 What is Maplestory M ?

Maplestory M is a free-of-charge, 2D, side-scrolling massively multiplayer online role-playing game developed by the South Korean company Wizet. Several versions of the game are available for specific countries or regions, and each is published by various companies such as Wizet and Nexon. Although playing the game is free, character appearances and gameplay enhancements can be purchased from the "Cash Shop" using real money. Maplestory M has a combined total of over 50 million subscriber accounts in all of its versions. Maplestory M North America (Global), for players mainly in North America and outside of East Asia, Southeast Asia and Europe, has over three million players.

MS M Mesos are the in-game currency of MapleStory M, including the most basic and cheap bronze coin, then the gold coin, next to a bundle of cash, and then a sack of gold. It is used either to buy items from NPCs or to trade with other players.

The best way to farm Maplestory M Mesos in-game it's by completing quests. Once you successfully finish a mission, you'll be rewarded with a certain amount of money for your effort. On top of that, MapleStory M actually has an auto-quest feature that lets the game do all the work for you. If there's a particular mission you don't feel like doing, just set up the auto-quest in MapleStory M and reap in those Mesos.