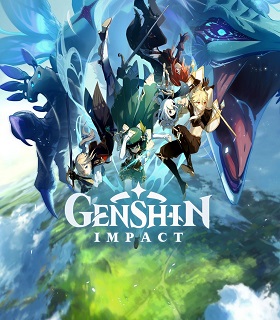 Genshin Impact is a free-to-play open-world RPG set in a fantasy world. Imagine stepping into a game like The Legend of Zelda: Breath of the Wild or the Tales of games. It has a stunning anime art style that may indeed get a mixed reception from the mainstream audience, but the game itself is a stunning triumph, especially with it being a free-to-play game. It's absolutely massive at the cost of... well free.

But it's more than just a Breath of the Wild clone. Genshin Impact features fun combat you would expect from a highly polished Japanese RPG, hence the Tales of comparison, and yes, swords don't break.

It also has a unique elemental system that is engaging to figure out. Outside of combat, you explore the world around you, find unique vistas, and discover all sorts of treasure and puzzles along the way. Once you hit a certain rank, you can also play this game with friends in co-op.

There is a storyline that runs deep within Genshin Impact, and it's almost fully voiced in English, Chinese, Korean, and Japanese. It has full-on cutscenes, big story moments, and a lot of quests to finish.

You can currently play Genshin Impact on PC, PlayStation 4, Android, and iOS devices. The developer has said to RPGSite that they are currently working on a Nintendo Switch version, but it doesn't have a date as of yet. It also has a Koji Kondo-esque soundtrack that has a few beautiful melodies here and there, which adds to the AAA quality. There's a lot here, and it's worthy of a download.